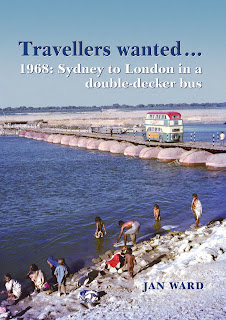 1968: Sydney to London in a double-decker bus

It started on 8th October 1968, when fourteen excited young - and some not-so young - people climbed on board a 1947 double-decker bus called "Albert", in Martin Place, Sydney, to drive to London. We said goodbye to relatives and friends amongst much jollity, tears, streamers and excitement; drove round the corner and stopped - we had just had our first breakdown!

One hundred and thirty nine days later we got there - only two months later than planned. This is the story of how we did it - and the adventures we had along the way.


Travellers Wanted... is the epic tale of fourteen people travelling across the world at a time when not many people travelled. They journeyed through countries few had ever been to and met people who had never seen a caucasian before, let alone a double-decker bus full.
If you enjoy travel writing, photography, or buses, it is a fascinating read.
Travellers Wanted... 1968: Sydney to London in a double-decker bus is available from:
Wivenhoe Bookshop
Waterstones
Amazon UK
Amazon US
Or you can order from Jan Ward directly at janwardauthor@gmail.com
No comments:

Travellers Wanted... has now been launched!

'Travellers Wanted... 1968: Sydney to London in a double-decker bus' has been officially launched! 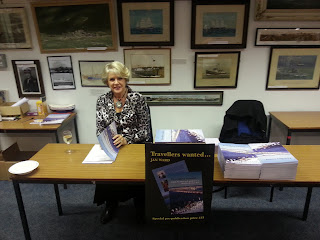 Although the book is now listed on Waterstones and Amazon, they only have limited stock at present. If you urgently need a copy now (which is absolutely fine!), you can order a copy direct at:
janwardauthor@gmail.com
1 comment: